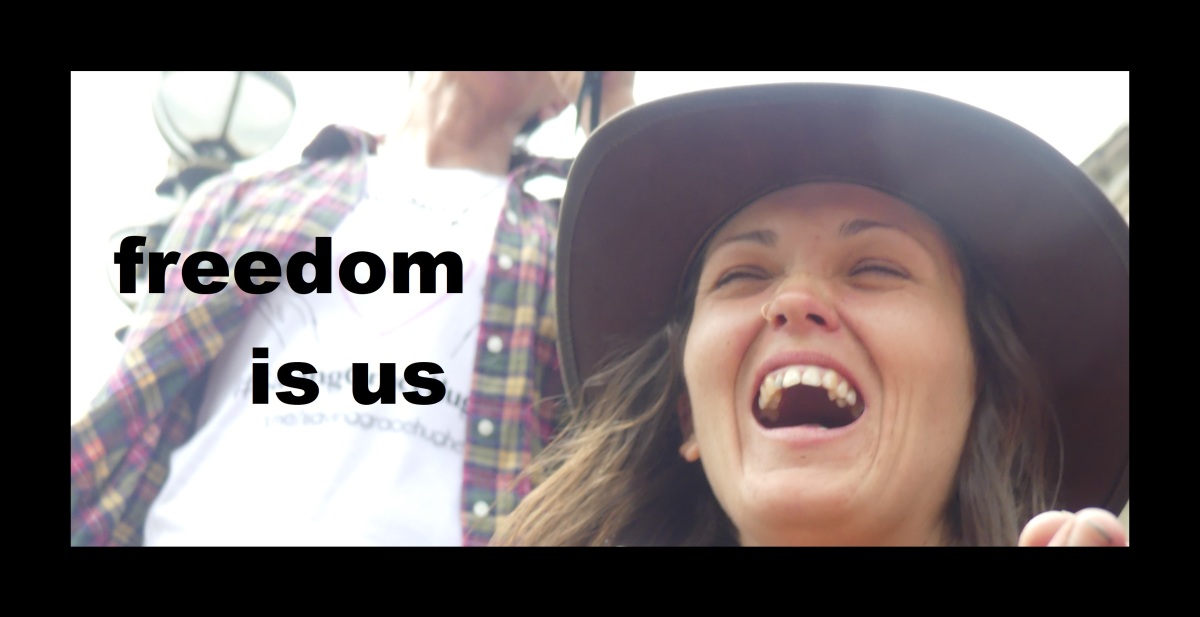 Two days ago, the freedom movement in Melbourne demonstrated passionately on election day against the Victorian State government of Daniel Michael Andrews of the Socialist Left faction of the Australian Labor Party.

Andrews won the election. Unfair and square perhaps because of media bias, but he clearly won.

However, in the realm of ideas that serve the needs of people, the best freedom fighters in Melbourne annihilate Daniel Andrews time and time again.

Today is the 265th birthday of the creative genius, poet and artist, William Blake. So, today, I combine words from Blake with the image of another wonderful creative spirit, freedom fighter Emma La Chanteuse, who lit up the streets of Melbourne with her energy, youth and totally female, totally Aussie beauty last Saturday in ways that few people can.

Emma travels Australia in her car, perhaps a modern swagwoman (Please study Australia’s unofficial national anthem,Waltzing Matilda – about a 19th century swagman (itinerant) who sometimes took what he needed as he traveled the land by foot – to understand a little more about this swagwoman concept which I am suggesting describes Emma.)

At last Saturday’s Melbourne protest march, I observed Emma seeing a man wearing rings similar to her own and walking straight up up to him to find out what connected them both.

This sort of willingness to connect person to person is what Australia’s freedom movement needs to do on a much bigger scale to get electoral success.

Lest we forget what William Blake taught us about being fully human, God Bless Emma and God Bless Freedom.

“Love seeks not itself to please, nor for itself hath any care, but for another gives its ease, and builds Heaven in Hell’s despair.” – William Blake.