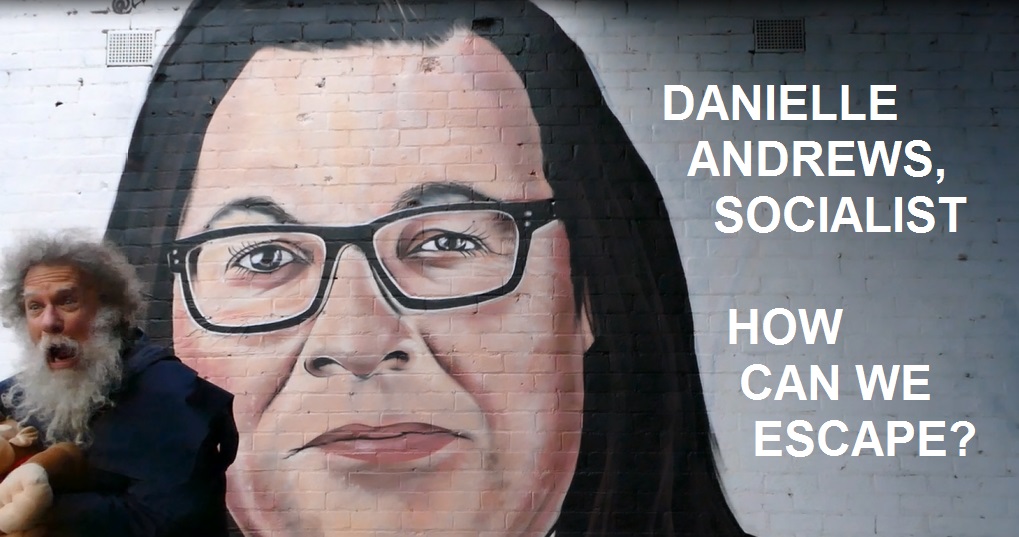 I denounce the police state bastardry of Premier Daniel Andrews’ Labor Party government in the State of Victoria.

In 2016 when I lobbied them for memorial tree plantings, they trashed my civic and democratic rights to protect a Labor Party politician from doing her job.

Then they trashed the basic legal rights of Australia’s second most successful ever Catholic, Cardinal George Pell, and imprisoned him. The High Court Of Australia set him free in a resounding 7-0 judgement.

Now they are isolating old people from their families without giving them any choice.

This socialist left government is forcing most businesses in the state to stop normal trading.

This “government” is imprisoning millions of innocent Victorians in their own homes.

I condemn “Dictator Dan” for the anti-democratic, anti-freedom practices of his Big Government.

May God help us all wherever such “socialists” destroy people’s lives.

All is not well in the state of DANtoria, as the following LushSux’d film proves beyond any reasonable doubt ………………

Poet Rupert Brook, who was born on this day 133 years ago, wrote “….. the worst friend and enemy is but Death.”

I love the art of LushSux.

He is a portrait artist and a cartoonist.

A server of humanity and defender of men.

On a day when a new Corona-virus lockdown in Victoria is predicted to cause billions of dollars of economic damage to Australia, I worry about the future for all younger people.

Their lives are being trashed by desperate attempts to avoid death.

Which cannot be avoided.