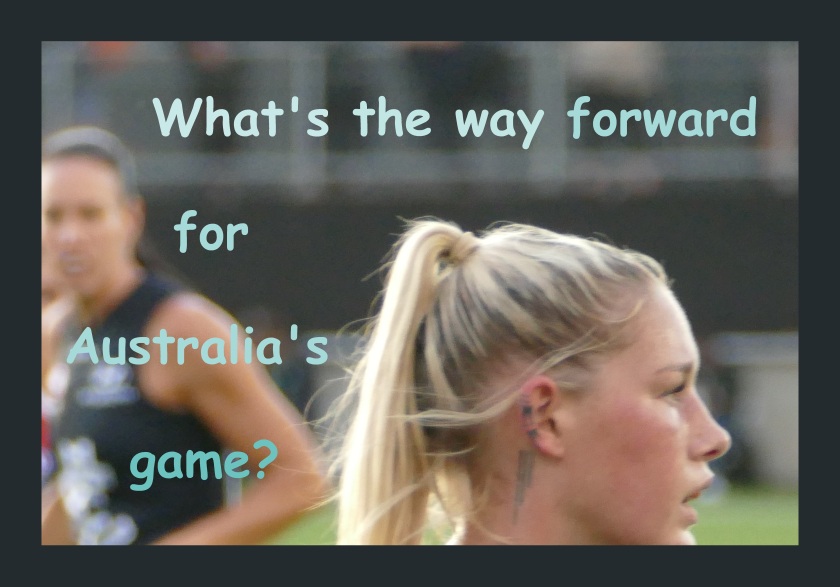 Though it may move backwards, like many other things, in the monumental economic crisis nations like Australia are now inflicting on themselves, too many people want it to succeed for it to fail.

As a believer in gender equality in all things except pregnancy, giving birth, breast feeding and which toilet an individual uses, I offer the following suggestion for the future of the game: a Hybrid Version with half the players men and half the players women. 11 men and 11 women in each selected side and nine of each gender on the field at all times. My guess is that rules about tackling, bumping and other body contact could have to change.

A mixed gender competition wont happen immediately. Since women have never been as well resourced or played as often as elite and many other male footballers have, they are still playing catch-up in terms of standard of play.

But based on what I have seen this year and last, the gap is narrowing.

In the long run, would Gender-Hybrid Footy make the Great Australian Game even greater?